I have given it a great deal of thought and decided to start a new blog. I dearly love this old one; I’ve had it since 2008. But I feel I have outgrown it and its time to have something a bit more professional. I have no intention of closing this old blog down, but I don’t plan to update this one any more. If you want to hear more about my literary journey, my new blog is where you'll find me.

So, without further ado, here is my new Wordpress blog.
Posted by Veronica Leigh at 2:59 AM 10 comments:

I have published a short story entitled, "The Sweetest Thing," at the online magazine, Page & Spine. So if you like romance or chocolate, or sweet uncomplicated stories, please check it out. Thank you! 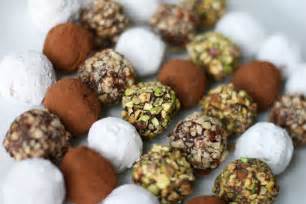 Posted by Veronica Leigh at 3:48 AM 5 comments:

I recently watched the new Masterpiece Theater Drama “To Walk Invisible,” which features the story of the Bronte family. The only Bronte that I ever liked was Anne Bronte, who wrote “Agnes Grey” and “The Tenant of Wildfell Hall.” But I loved the idea of a movie depicting the lives of three literary sisters in Victorian England. I love movies about women writers. I loved it. It’s very gritty; don’t expect something pristine or wholesome. This is not Jane Austen or one of her comedy of manners. While the stars of the Bronte sisters rose, the star of Branwell Bronte – their ne’er do well brother – fell. He became addicted to alcohol and possibly drugs; the movie shows how he spiraled out of control and how it affected the lives of his three sisters and his elderly father. “To Walk Invisible” also implied that the Bronte sisters incorporated their brother and his troubles into their works, “Jane Eyre,” “Wuthering Heights,” and “The Tenant of Wildfell Hall.” Though the Bronte sisters achieved success, it was short-lived. The three sisters died before their time, and their father outlived them all, and faced having to bury his children. Unlike “Becoming Jane” and “Miss Austen Regrets” (biopics on Jane Austen) there are no manufactured romances in “To Walk Invisible.” This is simply a story of three women who are determined to pursue happiness no matter what obstacles lie in their path. The world was against them: society frowned on women who earned a living; Christians condemned their books; they had to use male pseudonyms to be taken seriously and then a rumor started that “Currer Bell” (Charlotte Bronte) was really the author of all of their novels. But they persevered.

I read “Jane Eyre” a lifetime ago and didn’t like it. I always considered myself a Jane Austen girl. But lately I recently re-read it and fell in love with this passionate book. So, I am going to give “Wuthering Heights” a try and see where that leads.
Posted by Veronica Leigh at 3:45 AM 3 comments:

The movie, “The Zookeeper’s Wife” has finally been released in theaters. I am ecstatic! I have been waiting at least two years for this movie to debut. It is the story of Antonina and Jan Zabinski who managed the Warsaw Zoo and during WWII, they saved approximately 300 Jews from genocide. They were later honored by the Yad Vashem and considered the Righteous Among the Nations.
Those who rescued Jews were an interesting breed of people. No two were exactly alike; their motives for risking their lives and the lives of their families varied. 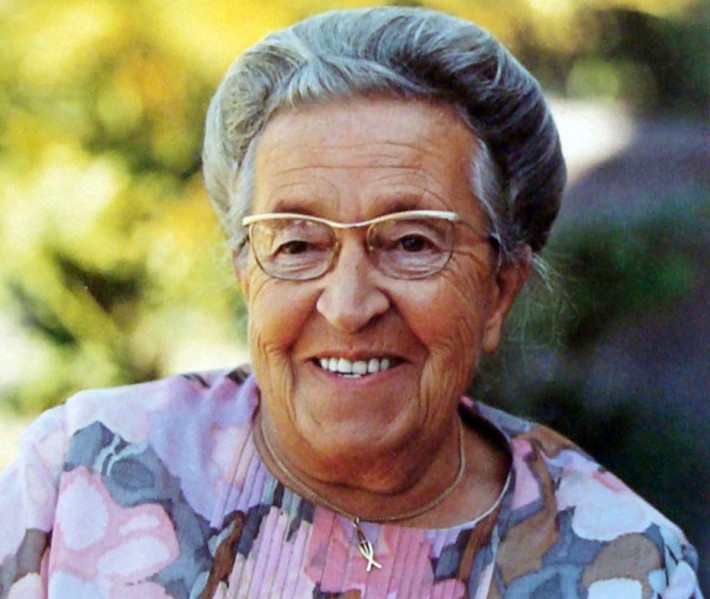 Some were like Corrie ten Boom and believed that the Jewish were God’s chosen people and had to be spared.

Others were like Oskar Schindler, who never set out to save Jews, yet he fell in love with his Jewish workers. "I knew the people who worked for me. When you know people, you have to behave towards them like human beings." Schindler said, when asked why he did what he did. Though not a “good” man by the standards of most, when others looked away, Schindler helped.

Leopold Socha, a former thief turned sewer worker, stumbled upon several Jewish people hiding in the sewers of Lvov. He promised to help them for a price, and then influenced by his Catholic faith and the friendship that developed, he continued to hide them when they could no longer afford to pay him. After the war, he died saving his own daughter’s life and the ones he hid returned to honor his memory. 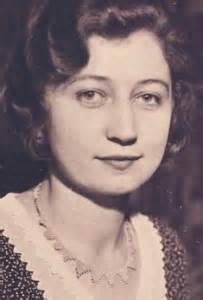 Miep Gies knew the Frank and van Pels families and Fritz Pfeffer personally and insisted that she never did anything heroic. She simply did what many other Dutch countrymen and women did. That she saved Anne Frank’s diary was by sheer happenstance. Stefania Podgorska also knew two of the thirteen people she rescued, and after the war she married one of them. 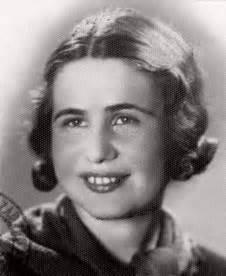 Irena Sendler’s father had been a physician and died treating poor Jewish people who had typhus. He had always taught her that, “If you see a man drowning, you must jump in and save him, even if you cannot swim.” That belief led her to become a social worker and then become involved with Zegota; in turn she and numerous others saved 2500 lives.

The rescuers were simply ordinary people who were given the chance to do the right thing. That was the one thing they all had in common.

I’m sure some of you have seen this meme bouncing around the internet. And it’s true: writing is hard. But publication is harder.


I’ve recently had another story accepted for publication. I was on the verge of tearing my hair out, fretting that I would never be published again. You never know, really. Writing/Publishing is a subjective business. What works for one magazine or publication won’t work for another. I’ve had editors tell me that they really liked and enjoyed my stories, but that they just didn’t cut the mustard. They loved it, but they weren’t “in love” with it. It’s not personal; it’s never personal. Yet we always take it personally.

I should know by now that there is no exact time frame for submission to acceptance/publication. My latest story was written back in September of 2016 and was only accepted in March of 2017. I had to do a revision on it too. Though it was good, it needed polishing. Many stories do. Take it as a sign of encouragement if an editor responds and asks you for a rewrite. They are investing their time in you and giving you a second chance. It’s a complement, really.

One story I wrote, “Saving Grace” was originally written way back in 2013 and didn’t appear in print until 2015. That’s two years.


“A Grave Discovery,” my little murder mystery, had been written in October of 2015 and was accepted by New Zenith Magazine in June 2016. Eight months and I was just about to throw in the towel. Sadly, that magazine has since ceased publication. (I am determined to get this one published again though.)


“An Agoraphobic in Europe,” was written in September of 2015 and wasn’t published until over a year later.


Another interesting fact: 90% of what I write, I write with one publication in mind. However, rarely does that publication ever accept or publish what I have written. I can’t tell you how many times I have submitted stories to Guideposts, Highlights, Chicken Soup for the Soul, and Reader’s Digest, only to have my stories accepted elsewhere.

Manic obsession and perseverance is the only real advice I can give about writing or publication. You receive twenty rejections for a story, submit it again. Submission twenty-one could be it. Don’t take “no” for an answer.

Posted by Veronica Leigh at 9:19 AM 3 comments:

To organize this blog a little better, I have moved the promotion of my internet publications to this page. So here they are, all of my little darlings. Hopefully there will be more to come! 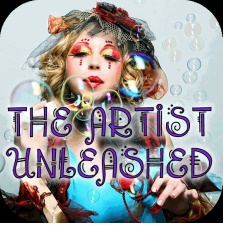 I guest blogged on the Artist Unleashed in January of 2017. To read my article, click here.

GoWorldTravel.com published my essay, "An Agoraphobic in Europe." You may read it here. 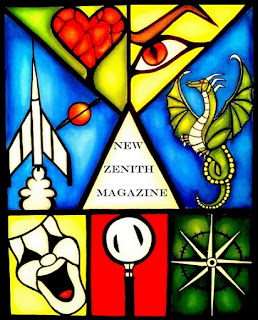 I am a regular contributor to the blog, Femnista. To read my articles, click here.
Posted by Veronica Leigh at 3:40 AM 4 comments:

Below are a number of fun facts about my new WIP that takes place in Poland during and after WWII.

One of the main characters is named Lidia. She was named after the tour guide of the group I was in. This woman was extraordinary; she was a walking encyclopedia. 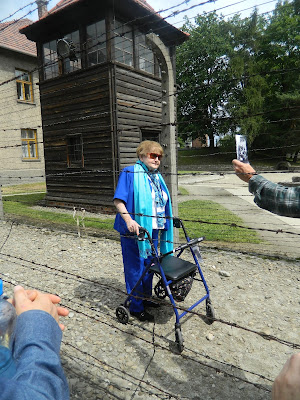 Another character is named Ewa. She was named after Eva Mozes Kor; she was a Mengele Twin, she survived the war and started the C.A.N.D.L.E.S. Museum. Eva is a remarkable woman, who has publically forgiven the Nazis and encourages others to forgive, as a way of sowing seeds of peace.

The C.A.N.D.L.E.S. Museum hosts an annual tour of Auschwitz-Birkenau and Krakow. I went on their 2015 tour, because it had been a dream of mine and I was doing research for my WIP.

The WIP is tentatively titled, “The Judgement of Solomon.” It was inspired by the passage in the Bible: 1 Kings 3:16-28. Two women approach King Solomon, each claiming that a boy as their own. King Solomon offers to cut the child into two that way they will each have him. The real mother backs off, hoping that the boy will be spared. This is a running theme in my story.

My WIP primarily takes place in Krakow. Although they are not featured in my story, historical people such as Oskar Schindler, Amon Goethe, Dr. Mengele, Cardinal Hlond, Hans Frank are mentioned. 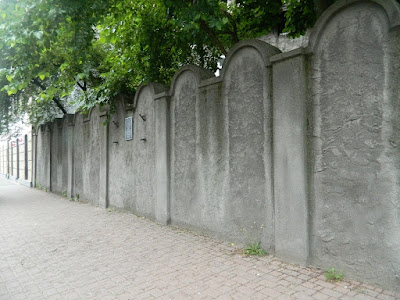 The first draft took nearly four months to write. And then when I revised it, I had to rewrite a lot of Part Three.

Posted by Veronica Leigh at 3:33 AM 2 comments: 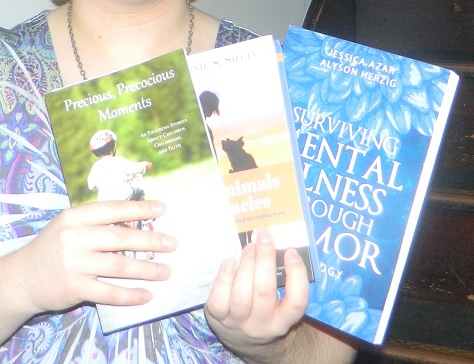 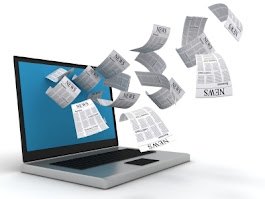 The Art of Being an Authoress

Get to Know Veronica @ Confessions of an INTJ!